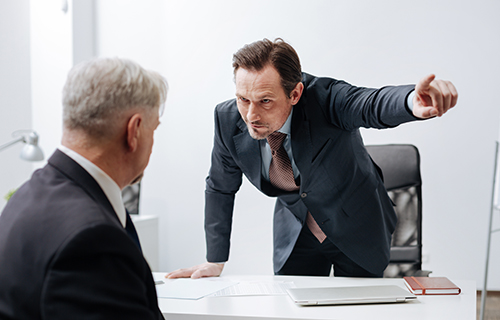 In 1991, “Sexual Harassment” became a widely known term throughout the US. That was the year that Anita Hill accused Clarence Thomas, a Supreme Court justice nominee, of unwanted sexual comments when she was employed by him. Even though Thomas was still sworn in as a Supreme Court Justice, Hill’s allegations prompted a great deal of open debate and public interest in the topic. President George H. W. Bush reconsidered his opposition to a bill giving harassment victims the right to pursue federal damage awards, back pay, and reinstatement, and Congress passed legislation that put these protections in place. In the following year, sexual harassment complaints increased by 50%. Today, allegations of sexual harassment in the workplace are taken very seriously and include a range of inappropriate and offensive behaviors, including physical harassment and unwanted advances, and verbal, non-verbal, visual, or written harassment that doesn’t involve physical contact. Examples of workplace sexual harassment include verbal sexual propositions, innuendos, or comments about the employee’s body; requests for sexual favors; sexual gestures; offensive pictures depicting sexual or sexually suggestive acts; and references to the employee’s sexual habits or preferences.

Sexual Harassment is Not Only a Women’s Issue
Either a man or a woman can be a victim or a perpetrator of sexual harassment at work. Perpetrator and victim may be of the same sex or opposite sexes, and either or both may be heterosexual or homosexual.

When You’ve Been Sexually Harassed At Work
If you have been sexually harassed in the workplace, and following the company’s grievance procedure has not put a stop to it, your first two steps should be to:
• Consult an employment attorney who handles sexual harassment; and
• File a complaint with the EEOC and California’s Office of the Labor Commissioner, a requirement before filing a lawsuit.

Hire an Experienced Los Angeles Sexual Harassment Attorney
The employment lawyers at the California Employment Legal Group devote a substantial portion of their practice to protecting the rights of workers from unfair employment practices and unwarranted discrimination and harassment, including sexual harassment in the workplace. The ability to work for a living is a basic human right, and it is in the interest of everyone to try to achieve a workplace characterized by respect for human dignity. We are passionate about protecting that right, and we are committed to workplace justice for all Californians. We will investigate your situation and assist you with all paperwork that you’ll need to file before initiating a lawsuit. If you’re still on the job, we will monitor your situation to make certain that no one is attempting to retaliate against you, which is illegal. The great majority of sexual harassment claims are settled out of court. Nevertheless, you want to make sure that the sexual harassment attorney you select has the litigation experience and skill to take your case to a jury if an agreement is not reached before trial.

The California Employment Legal Group will never back down from trying a case. From the day your case comes into our office, we will prepare it for trial. Whenever possible we will attempt to get an award of both compensatory and punitive damages to increase the amount of your recovery and deter the employer from allowing further sexual harassment in the future. Protect your rights. Call the California Employment Legal Group today for a free case evaluation.