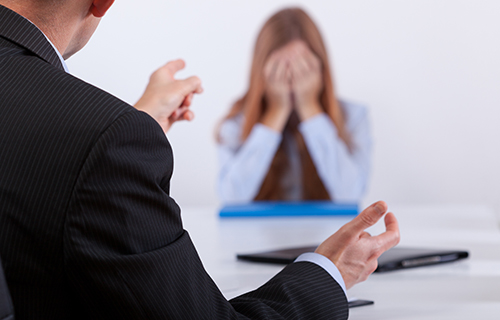 A Patterson School District employee since 2014, Alexander Cardillo has alleged that he was wrongfully terminated. Cardillo has accused Monica Florez, principal and acting principle Ramona Serrano of Martin Luther King, Jr. School, of subjecting him to a pattern of harassment, abuse and hostility. The harassment included abuse and hostility and led to Cardillo seeking medical treatment in February 2019. The pattern of harassment started after December 2018 when Cardillo was given assignment to mentor a struggling student with the aid of the parent. Cardillo mentored the student who was having behavioral and academic problems. During this time Florez took a leave of absence.

After Florez went on leave, Ramona Serrano became acting principle and started to question the “mentor” assignment and claimed that there was no record of the assignment. Serrano then became hostile and stopped Cardillo from mentoring and meeting with the student. According to the lawsuit Serrano indicated that she confirmed the assignment because of the statement she made to Cardillo. When Florez came back from her leave of absence on March 2019, Cardillo claims that the harassment intensified and continued. On March 6, 2019 Jose Correa, director of instructional technology and library media services, came to the school for a pre-conference in relation to Cardillo’s upcoming evaluation. Cardillo alleges that Florez sat in the library “abusing” and “following” him when he accompanied students from library to a classroom.

Cardillo also claimed that on another occasion Florez berated and scolded him in front of his students after purchasing lunch for himself and the student he was mentoring. She told him she did not want him sitting with the students in the cafeteria. The constant harassment and hostility in the workplace led to Cardillo experiencing a panic attack while teaching and Cardillo began seeking medical treatment.

According to the lawsuit, after the medical treatment, Cardillo provided a doctor’s note to the school’s nurse and it was rejected by the district. The harassment continued. In April he began throwing up every morning before going to work and lost 20 pounds. Cardillo also damaged his esophagus as a result of a nervous cough. In May 2019 Cardillo complained to John McEntee, Jr., president of the teachers’ union. Following the complaint Cardillo received a reduction in force notice. The lawsuit is seeking fringe benefits, past and future salaries along with reinstatement.

If you feel that you have been wrongfully terminated, or you have been discriminated against because of your disability and would like to know your rights as an employee in the state of California, please contact the attorneys at the California Employment Legal Group today for a free consultation with an experienced employment lawyer.